Single-leader and multi-leader replication are based on the idea that a client sends a write request only to one of the leader nodes and then the database system takes care of copying that write to the other replicas. A leader determines the order in which writes should be processed, and followers apply the leader’s writes in the same order.

However, some data storage systems take a different approach, abandoning the concept of a leader and allowing any replica to directly accept writes from clients. Amazon used this leaderless architecture for its in-house Dynamo system. That’s why leaderless replication is often called Dynamo-style. In some leaderless implementation:


Leaderless Replication does NOT enforce particular ordering of writes.


In a leader-based configuration, when a leader is down we need to perform a failover in order to continue processing writes.

Now if the unavailable node comes back online, and the clients start reading from it then clients might potentially get stale data since any write that happened while the node was down are missing from the node. To solve this problem, when a client reads from the database, it doesn’t just send its read request to one replica, rather the client sends the read requests to several replicas in parallel. The client may get different responses from different replicas, i.e. the up-to-date value from some nodes and stale value from another. In this scenario, version numbers are used to determine which value is newer.

Failover: In a leader-based architecture, when a leader node fails:

In Leaderless architecture failover does not exists.

The replication scheme must ensure that eventually all the data is copied to every replica. After an unavailable node comes back online, two mechanisms are often used in Dynamo-style datastores to catch up on the missed writes:

When a client makes a read from several nodes in parallel, it can detect any stale responses using version numbers. When a client sees that a replica has a stale value, it writes the newer value back to that replica. Read Repair mechanism works very well for values that are frequently read.

] In addition to Read Repair, some datastores have a background process that constantly looks for differences in the data between replicas and copies any missing data from one replica to another. This process is called Anti-entropy process.

Anti-entropy process process does not copy writes in any particular order, and there may be a significant delay before the data is copied.

Point to be noted that not all systems implement both of Read Repair and Anti-entropy Process. Note that without an anti-entropy process, values that are rarely read may be missing from some replicas and thus have reduced durability, because read repair is only performed when a value is read by the application.

Quorum Consensus says, if there are n replicas, every write must be confirmed by w nodes to be considered as successful, and we must query at least r nodes for each read. As long as w + r > n, we expect to get an up-to-date value when reading, because at least one of the r nodes we are reading from must be up-to-date. Reads and writes that obey r and w values are called quorum reads and writes. We can think of r and w as the number of votes required for the read and write to be valid.

What matters in Quorum Consistency is that the nodes used in reads and writes have at least one node in common (i.e., overlapping).

In Quorum Consensus at least one node needs to overlap for Read and Write:


In dynamo-style databases, the parameters n, w and r are typically configurable. A common choice is to make n an odd number (typically 3 or 5) and to set

This makes the read faster, but has the disadvantage that just one failed node causes all databases writes to fail.


Higher Latency – Lower Availability: Quorum Consistency can sometimes lead to higher latency and lower availability if proper caution is not taken and there is a network interruption and many replicas become unreachable. This is because, if the number of reachable replicas falls below w or r, the database would become unavailable for writing or reading.

Even with w + r > n, there are likely to be edge cases where stale values are returned. These depend on the implementation, but possible scenarios are:


From the discussion so far we see that, although quorums appear to guarantee that a read returns the latest written value, in practice it is not so simple. Dynamo-style databases are generally optimized for eventual consistency.

The parameters w and r allow us to adjust the probability of stale values being read, but it’s wise to not take them as absolute guarantees.

So in summary, databases with appropriately configured quorums can tolerate the failure of individual nodes without the need for failover. They can also tolerate individual nodes going slow, because requests won’t have to wait for all n nodes to respond – they can return when w or r nodes have responded. These characteristics make databases with leaderless replication very appealing for use cases that require high availability and low latency, and that can tolerate occasional stale reads.

Leaderless Replication is ideal for systems that: 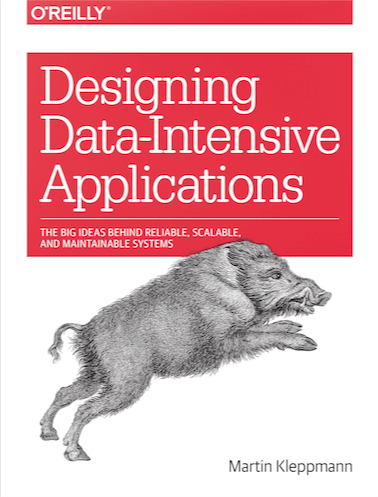