In this chapter, we will discuss a very simplistic view of how to build a scalable distributed system from scratch that would be able to handle traffic from huge user base, potentially tens of millions of users, with large number of concurrent users.
If you are preparing for System Design interview, feel free to use this as a starting point as a template. We would discuss more advanced scale out strategies and go into much much deeper in later chapters.

Initially we have only one server which hosts both the web app and the database.

When a client tries to reach the site using url, the DNS returns the public IP of the url and then the client request reaches the web server using the public IP address. 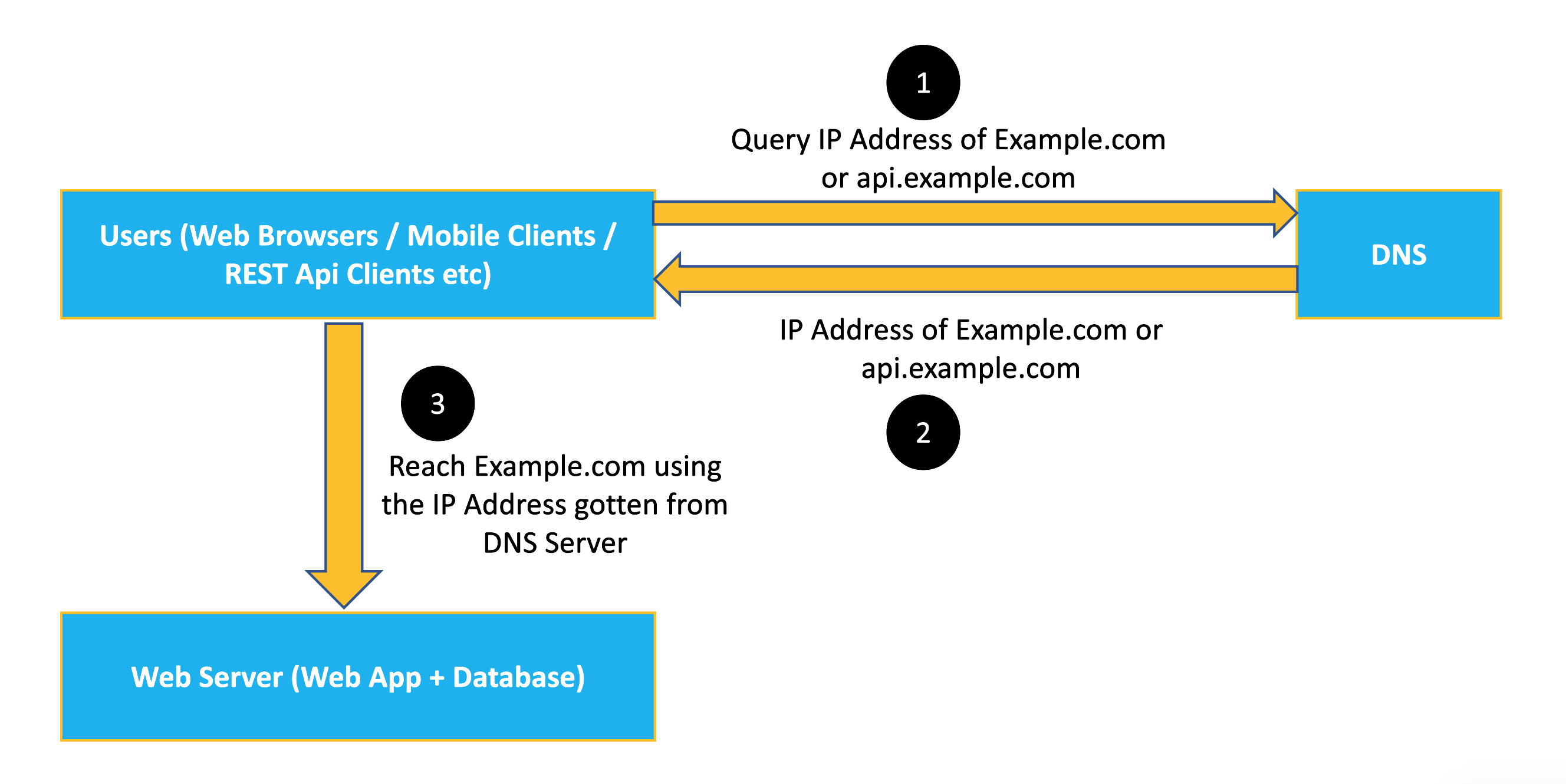 STEP 2: Separate out Data Base from web server:


Now we have reached quite a few hundreds of users and would need to scale our database. In order to be able to scale the data base independently we need to separate out the data base from the web server where the web app resides. So now we have a separate data tier.


The user base is gradually increasing and has reached quite a few thousands. The single server won’t be able to handle so many requests.

In this step we would add more servers and add a Load Balancer to distribute the incoming traffic among the web servers. 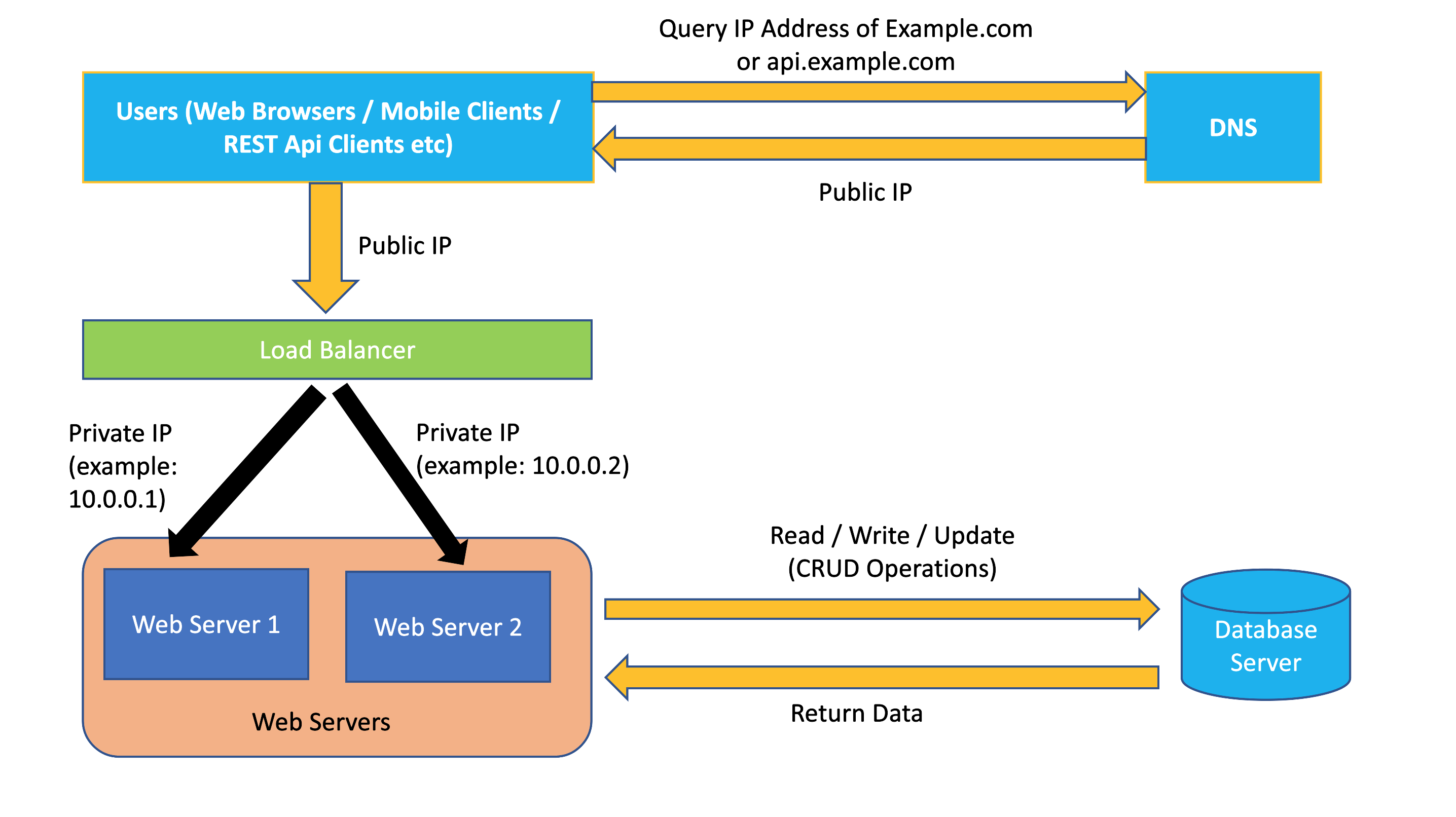 Our user base has increased even more and one database server is not being able to handle such load. We need to segregate read operations from write/update operations to reduce the pressure on the data base server and to serve the users better and achieve low latency. We need to have multiple Slave Database Servers where data would be replicated from the Master Database Server.

Some of the complexities that arise in this setup:

Database calls are expensive and often slow. In order to reduce the read latency we need to have implement Caching and have a Cache Tier. This would efficiently lighten the database load.

Things to keep in mind while implementing Caching:

When the users are geographically highly distributed globally it is better to use Content Delivery Networks (CDN) to store the static contents such as CSS files, images, videos, javascript files and certain dynamic contents. CDNs are globally distributed and the resources are fetched from the CDN nearest to the client. This greatly reduces the load/response time.

Things to keep in mind:

Step 5 efficiently lightens the database load and Step 6 reduces the load of the web servers. 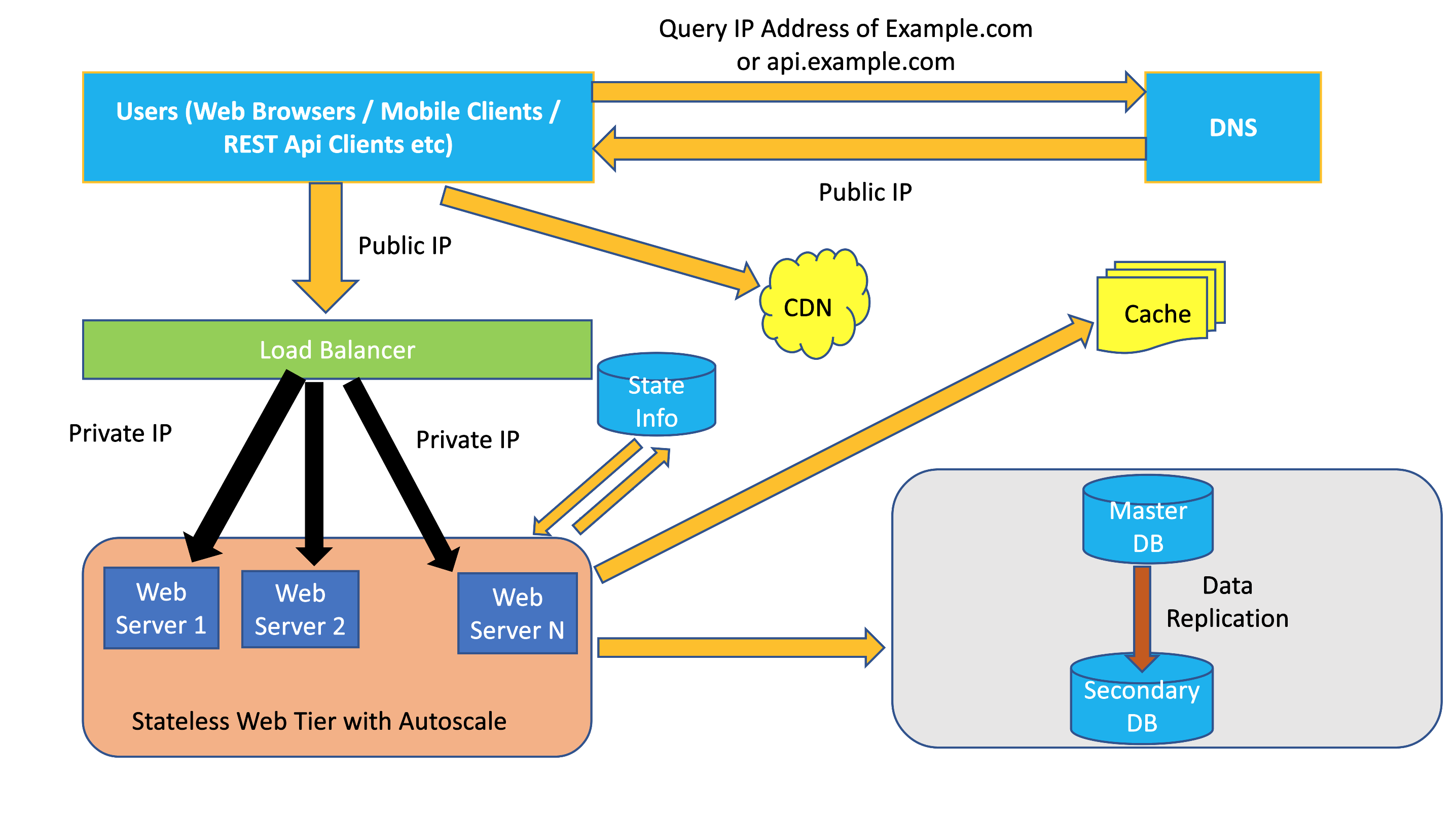 
We have come a long way from where we began. Now we want to further decouple our web tier into smaller services. The key is to achieve Loose Coupling and build components that do not have tight coupling. If one component fails, other components can continue working as if no failure occurred since even though they are dependent on each other they have very less coupling.

Messaging Queue is a key strategy that is employed in many Distributed Systems to achieve Loose Coupling.

Some of the methods to implement Message Queue are Java Messaging Service or JMS, Amazon SQS Queue, Azure Queue among many others.

Message Queues are stored in memory and supports high availability.

Message Queue is a Publication-Subscription Model. Input services called producers or publishers create messages and deliver them to the message queue. Other services or servers, called consumers or subscribers, connect to the queue and subscribe to the messages to be processed.


Now time has come to scale out our database by database sharding.

Things to keep in mind: 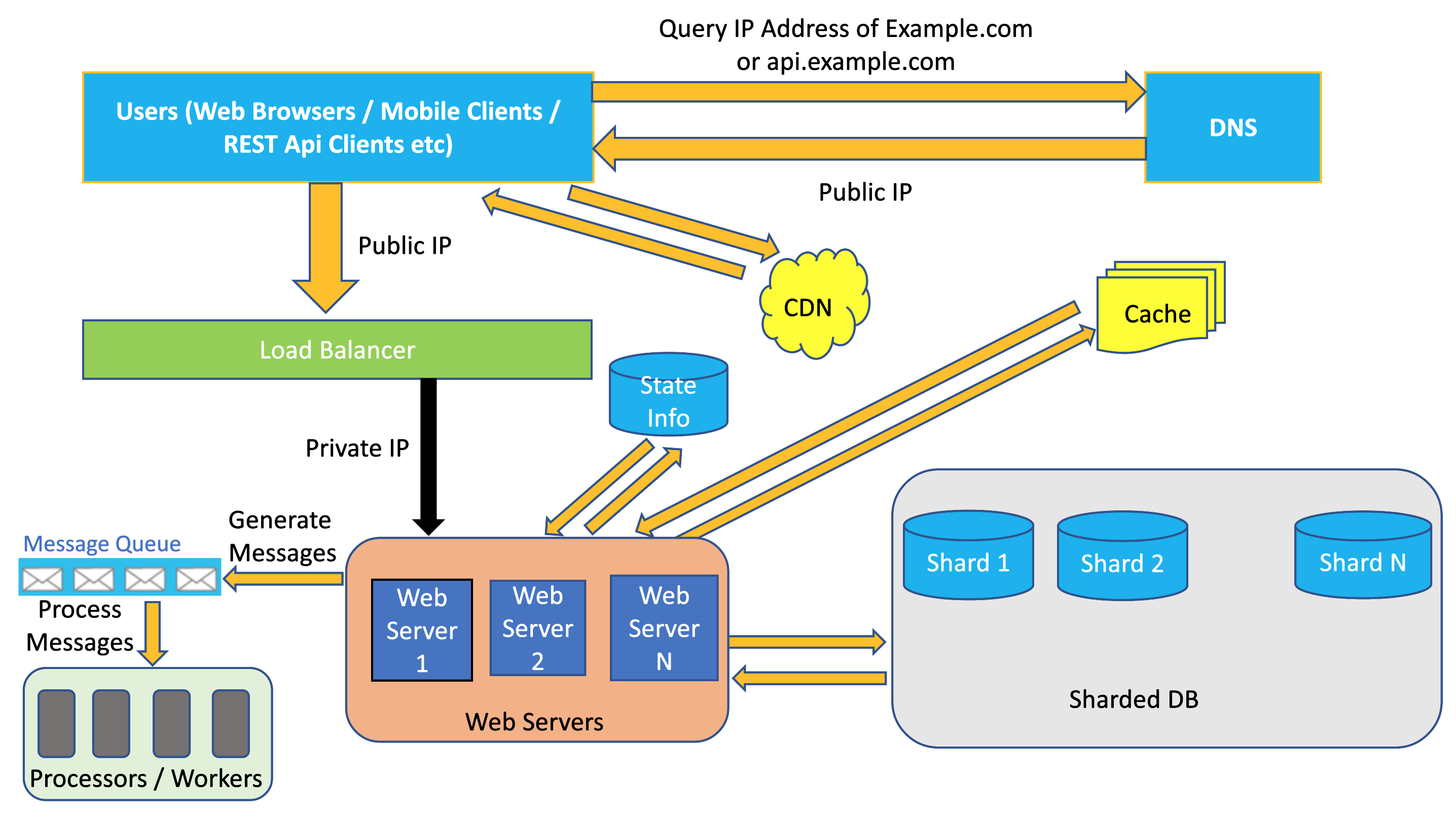 
Now that the business has grown substantially, collecting different types of metrics is very important as they can give useful business insights about the site. Some important metrics are:
Next comes Automation. Our infrastructure and code base are getting bigger and bigger. We need to leverage different automation tools to improve efficiency. Continuous Integration is a very common practice these days.

We also need to have proper Logging to track down any error. Monitoring error logs is very important.


The site has grown rapidly and has attracted millions of users internationally. To improve availability and provide a better user experience across wider geographical areas, deploying the site to more than one data center is crucial.

User requests are geoDNS-routed to the nearest data center. GeoDNS is a DNS service that allows domain name to be resolved to an IP address based on the location of the user.

Proper care should be taken so that the data across all the data centers are synchronized properly.

The above steps from step 1 to step 11 would potentially help to build a system from scratch and scale the system from a single user to 10 million users.

So, while building distributed scalable systems things to keep in mind are: